The Oil Pay of the Gond Women in Makri, Chhattisgarh, India

On July 28, a sunny Saturday morning, we headed for our audit trip to India. From Düsseldorf we went to New Delhi via Abu Dhabi and from there with Air India to Raipur via Nagpur. On Sunday morning, we were welcomed by our sal fat supplier at the airport and brought to the hotel. After a short break, we met to further concretise the programme for the next two days and to have the first discussions about the current harvest situation.

On Monday morning, we first passed by an extraction plant in Raipur belonging to the company, where major maintenance work was currently done so that we were only able to cast a glance on the premises. Further to the north of the city, we finally reached the headquarters. On the premises located in the industrial estate of Bhanpuri, the following facilities are located: the refinery, the solvent fractionation facility as well as storage tanks, a simple filling plant, a small cooled warehouse, a laboratory, and the administration. Staffed with about 150 employees, they produce approx. 6,000 tons of diverse oils and fats there, e.g. from sal seeds. Some of the customers have been supplied for decades.

The facilities are built in a way that is characteristic for the country – that means much manual operation and local constructions. The parameters, however, for example in deodorisation, were similar to those we use. Some auxiliary materials for the process, such as activated carbon and fuller’s earth, are imported since the good qualities required are not available locally. The laboratory is equipped with low-budget devices and allows for the determination of wet chemical key figures, such as iodine number, FFA, and peroxide number.

The jewel of the laboratory is a Bruker Minispec for determination of the solid fat content, the same device that is used in our laboratory. We were able to get a good overview of the production and we think that there is a responsible handling of the available technology – the reference speaks for reliability and quality as well.
However, the owner-managed company does not bank exclusively on special fats but also merchandises other products and services. After a long audit day, we enjoyed the proverbial hospitality at a dinner in the private house of the owner family. We passed the test on whether Europeans could stand original Indian cuisine with its well-known spicy taste to the full satisfaction of the host – we were appreciatively asked if we believed in reincarnation and were possibly already guests on Earth as Indians in a former life.

On Tuesday morning, an SUV awaited us very early – after all, we planned to travel about 250 km into the heartlands to the Gond tribe to get to know the people creating the prerequisite for us to offer our customers a solid, unhydrogenated alternative to palm oil by collecting the sal fruits in the woodlands around the village of Makri. The traffic takes much getting used to – cows, water buffalos, wild boars and many more mix on an equal footing with partly hopelessly overloaded vehicles of all kinds, which move sometimes fast and sometimes slow, blaring heavily and without any soot particle filter.

About 200 km further on, behind the village of Kanker, a state forest officer joined us, who monitors and controls the sal harvest. Having arrived in Makri, we enjoyed the lunch characteristic for the country in the state-owned rest house at 39 °C in the shade, and subsequently learned about details of the harvest from the ranger. The sal fruits are exclusively collected by the women from the village. The partly humid fruits are sun-dried and thereafter briefly burned to remove the dry parts. Then, the seeds are skinned and cleaned.

From a State Organisation

The oil seeds processed in this way, which contain only approx. 13% of fat, are bought in by a state organisation at a fixed price of 10 IRS/kg. The seeds are weighed, bagged, and brought to state warehouses. From there, the volumes are sold in auctions to local oil mills like that of our supplier. Exporting of seeding material is prohibited to ensure that the value added remains within the country. Plans are underway to replace the auctions by free trade, however, while retaining a guaranteed price for the village residents. As we learned on the spot, one person collects 350 kg on average.

Taking yield and oil content under consideration, for our demand alone about 6,000 „collectors“ are busy, who are able to live on that income for about one month. Naturally, the inhabitants have other sources of income as well, such as rice cultivation and collecting other forest products.

The state of Chhattisgarh is proud of having lessened the poverty of the people in the region through trade with agricultural and forest products. Even the infrastructure for the region on the whole is not bad; the villages have tap water, power, schools, medical care, bus and taxi transport, and local markets for the provision with products for their daily living.

Since the late 80s, 20,000 to 170,000 tons of sal seed have been collected, on average approx. 70,000 tons – the potential is far from being exhausted, however, they are in need of customers that are willing to pay several times as much as they would have to pay for palm oil. In the end, it is surely better to help people help themselves than to have even more people that decide to surrender or flee the country.

Late in the evening, we arrived at the hotel after an impressive tour. The next morning, we headed home and landed after an about 24-hour flight and stopovers in Düsseldorf – richer in experience. We have got deep insights into the structure of the supply chain, can now make our purchase decisions much better, and, naturally, we have found better arguments for the merchandising of sal fat – all that taking us one step closer to our aim to sell solutions.

Raipur with over a million mainly Hindu inhabitants is located about 20° north of the equator and is the capital of the state of Chhattisgarh that was newly established through secession of the eastern districts of Madhya Pradesh. According to the latest Indian census in 2011, Chhattisgarh had over 25.5 million inhabitants.

With 189 inhabitants per square kilometre, the population density is considerably below national average. About one third of the population consists of tribal residents/native inhabitants, locally also called Adivasi. The Gond tribe is the largest of those and lives from production and trade of agricultural and forest products such as, for example, rice and sal seed.

The sal tree (Shorea robusta) is a plant from the family of the samara plants (dipterocarpaceae), which grows south of the Himalaya, from Myanmar in the east to Arunachal Pradesh, Assam, Bangladesh, and Sikkim to Nepal. In Central India, it can be found in the northern states up to the Shivalik Hills east of the river Yamuna in the state of Haryana. The distribution expands to the south up to the eastern Vindhya Mountains, the Satpura Mountains, and the Ostghats.

The sal tree grows as an upright tree and reaches growth heights of up to 35 m. It is regarded as flow to medium fast growing (reaches an age of about 100 years) and features hard wood. The trunk can reach a diameter of up to 2 m. In wetlands, the sal tree is evergreen whereas it loses the bigger part of its leaves in more arid areas between February and April.

The blossom is from February to May. The fruit is up to 1.2 cm long and has a style residue of 1.2 cm at its top. It is surrounded by the five sepals, three of which grow to wings and serve for wind spreading (anemochory). The fruits are ripe from end of May to July and then contain approx. 13% of oil in the dried seeds. The wide distribution of the sal tree and its significance has also had an impact on culture. Legend has it that Queen Maya gave birth to her son Siddhartha Gautama, who later on became Buddha by enlightenment, under a sal tree.

Sal fat has the following composition of fatty acids:

– moreover, the fatty acids in the triglyceride are arranged symmetrically, similar to the arrangement in cocoa butter. This makes sal fat an interesting choice for sweets, among other things. Its use is even documented in the EU legislation. For the European Union, the vegetable fats that may be added to cocoa butter in cocoa or chocolate products are stipulated in Annex II of the Directive 2000/36/EG of the European Parliament and the Council dealing with cocoa and chocolate products for human nutrition dated June 23, 2000, and sal fat is expressly mentioned in this set of regulations.

Besides its use in sweets, sal fat can be deployed wherever crystalline structures without hydration are required. Through sustainable extraction from naturally grown woodlands, sal fat does not only fulfil the requirements of food technology, but also contributes to preserving the woodlands in India and to further secure and improve the subsistence of the population in this area.

Although not certified, the minimum price model implemented by the state and the monitoring by the state as well as keeping the complete value added within the country, virtually creates a “Fair-Trade” model. 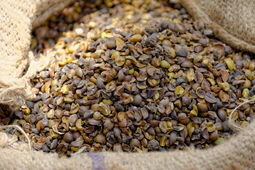 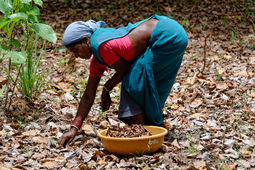 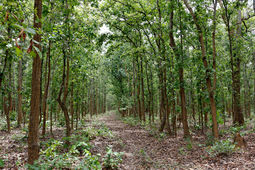 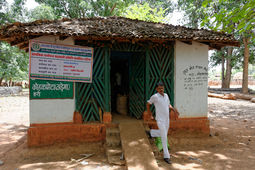 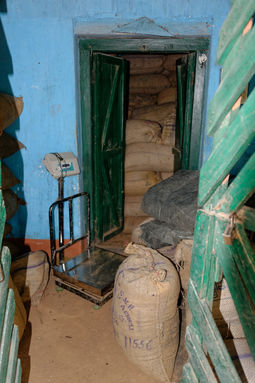